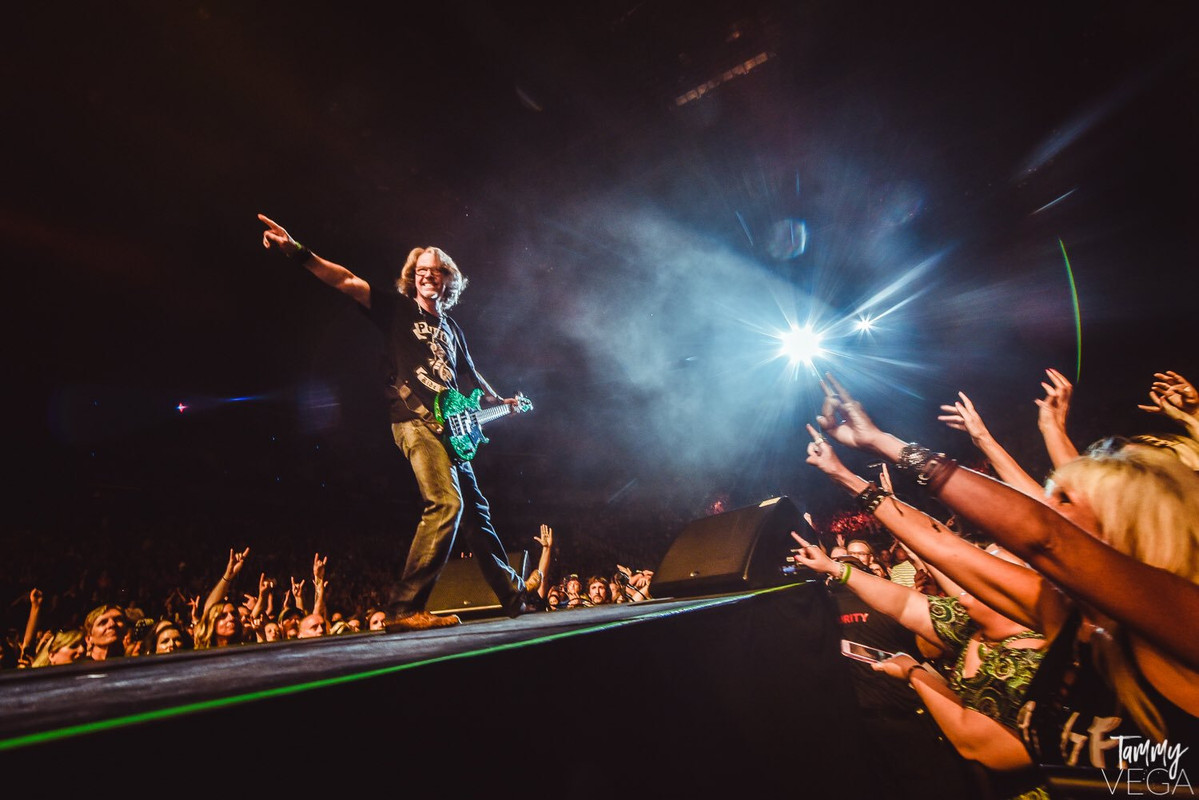 Bobby Dall has told SiriusXM DJ Eddie Trunk that he can see the band doing more touring in the future after it completes its current "Nothin' But A Good Time 2018" run with CHEAP TRICK. "I try not to get too far ahead of myself, to be honest with you," he said. "But right now, business is very strong and our future looks very bright. So I'm hopeful that we'll be back out next year. But, having said that, until this tour is over and we get a little further down the road, I don't know yet. But I could see us working again next year, and if not next year, the following year. But I would like to see us go back out next year, and we are, actually, starting to have some conversations about it."

Asked if he is personally okay with POISON's current level of workload, Bobby said: "If it was up to me, we would work every year. But there are four people in this band, and that's one of the ways that we keep the band together — if any one person doesn't wanna go, then there isn't gonna be a tour. And you have to keep that in mind as well. And it isn't always just for [singer] Bret's [Michaels] reasons; I mean, there's always, obviously, other personal issues, too, that we have to deal with as we get older. So, if time permits and we can schedule something for next year, we'll definitely probably be out there, but… I mean, not definitely, but we hopefully will be out there. And if not, it would probably be the following year, I would imagine."

According to Dall, the fact that POISON is still together in its classic formation is "definitely one of the keys to our longevity and our success. And what do I attribute it to? I attribute it to the fact that we do love each other, and at the end of the day, we're brothers," he said. "When you're in a band, and you've been together as long as we have been, though it's hard sometimes and you do have your fights and your arguments, it's, like, I'm allowed to fight with Bret, but no one else is allowed to fight with him. I'll be the first one, if someone was to go after Bret, to take someone down. And it's like that with all of us — all four guys. So we have our moments, but at the same time, it's all about the band and the music and the fans. I don't really know what to give you as far as a soild answer as on how we have been able to stay together this long. But, I guess, at the end of the day, we talk through things and work things out, and just like a marriage, you work through things."

Bobby went on to say that he would "absolutely love to" work on some new music with POISON, whose last album of new material was 2002's "Hollyweird". Back in 2007, they released "Poison'd", an album of covers. "But it's hard to get the time set aside from everybody to get the commitment to go in and do it," he said "It hasn't happened up until this point since, like, 2007 when we recorded the live album; I believe it was 2007 when we recorded 'Live, Raw & Uncut'. But would I like to? Yes, I would. But that takes a time commitment of several months of time, and we'll see. Right now, at this moment in time, it isn't in the process, but you never know."