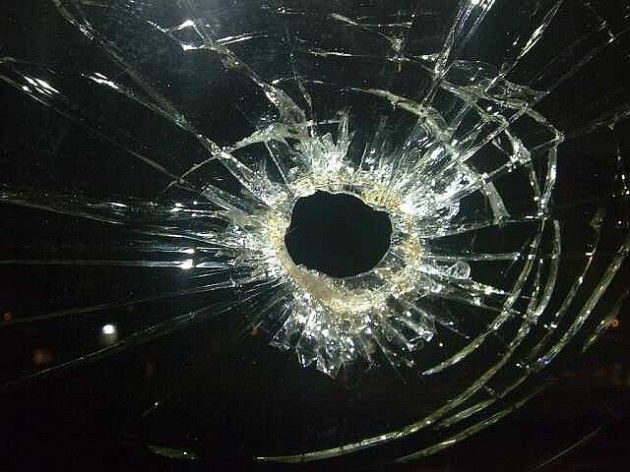 "Is someone out to get POISON frontman Bret Michaels? On Thursday morning (March 30), the randy rocker was arriving at the Adam Corolla radio show in L.A. for a guest appearance when, as he was pulling into the parking lot on Wilshire and Fairfax, 'his Mercedes was hit with a bullet,' our source said. The window was shattered but Michaels was fine. Just five months ago, the back window of his tour bus was shot out in Springfield, Mass., while he was en route to a show. A rep for Michaels said, 'We're taking this seriously. We'd like to think it was random, but this is the second time this has happened in six months — both times at publicized events.'"