BRET MICHAELS Pulls Out Of THE 80S CRUISE Over Coronavirus Concerns 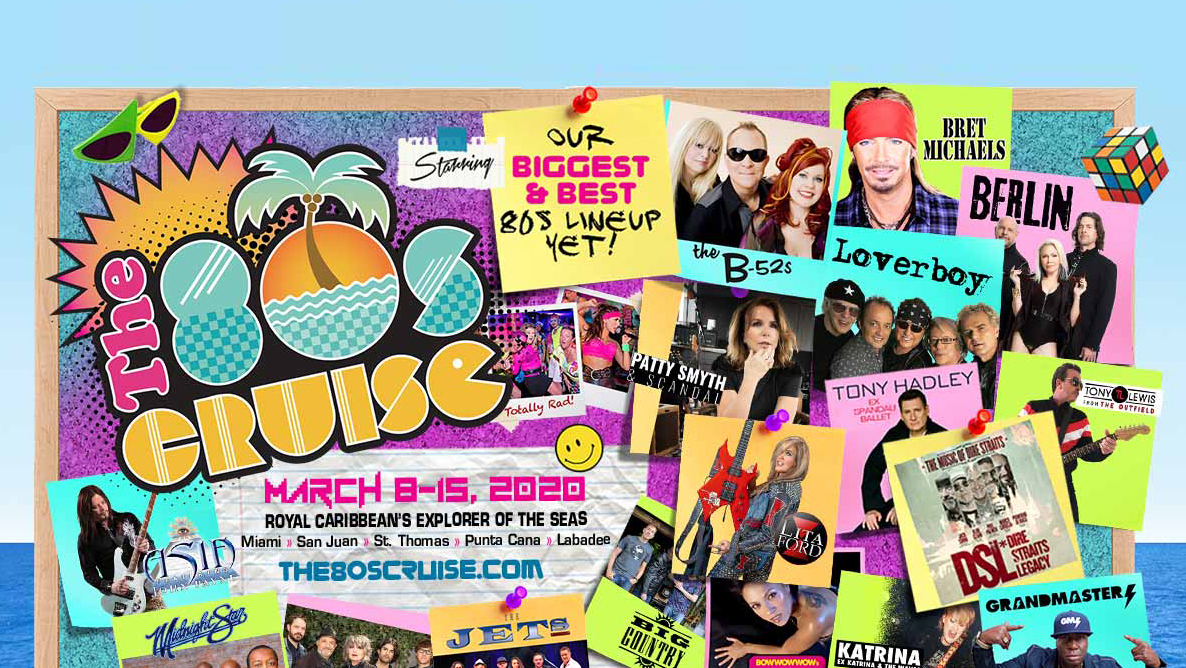 Bret Michaels has canceled his appearance aboard The 80s Cruise. The 80s Cruise departed from Miami, Florida on March 8 and is sailing to San Juan, St. Thomas, Punta Cana and Labadee before returning to port on March 15.

Michaels's cancelation was announced via a statement on his official web site. The message reads: "Unfortunately the Bret Michaels special event performance on March 13 and 14 have been cancelled due to the recent Coronavirus outbreak. As of Sunday March 8, 2020 it has been advised by the Centers for Disease Control that cruise ship travel be deferred for those with compromised immune systems. Bret Michaels, a life long type1 Diabetic, falls under the category of those that run the extreme high risk of contracting this illness. Even if this illness is not contracted by Bret, he runs the risk of being quarantined on the ship with fellow music fans that might fall ill. Once again, being a Type 1 Diabetic, this would pose a problem of having enough insulin and supplies on hand for his survival for an undetermined amount of time. In addition, out of the concern for his band and crew, he had to make the decision to not perform out of caution for their health and welfare. A few members expressed their concern for contracting the illness and this reason added to Bret's decision. Bret was looking forward to this engagement and had every intention on giving 100% as he always does to entertain the fans that have looked forward to this experience."