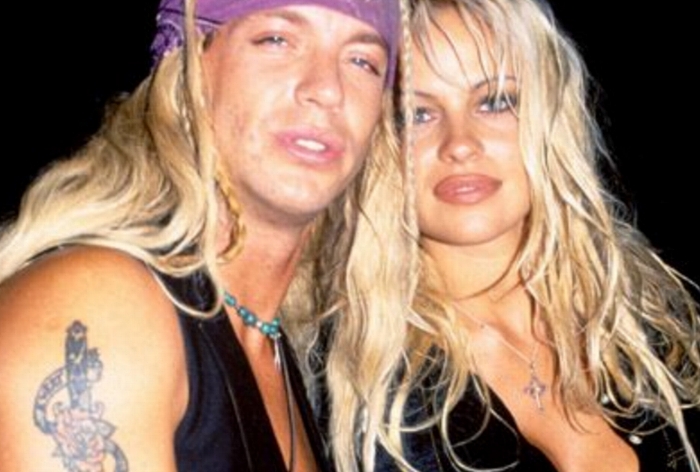 Bret Michaels has been granted a temporary restraining order against the Internet Entertainment Group, the company that plans on showing a sex video on its website featuring the Poison singer and his former girlfriend Pamela Anderson Lee.

But it appears Michaels isn't so much shy as mercenary. According to a release issued through the Business Wire press service quoting representatives from IEG, Michaels appeared on the Howard Stern show on Friday and alluded to being willing to make the video public if the price was right.

The price tag appears to be stiff-Michaels' court action also asked for an award of $90 million. He stated that by showing the video, which includes numerous close-ups of his private parts, his career will be irreparably damaged.

IEG complains it was given no notice of the restraining order, which effectively blocks the release of the video on the site today, and adds that they're immediately seeking to have a $50,000 bond posted to the court by Michaels increased to several million dollars. They will also be asking for dismissal of the case at a hearing next Monday.