BRET MICHAELS To Appear In "Sharknado 5" On SYFY Channel 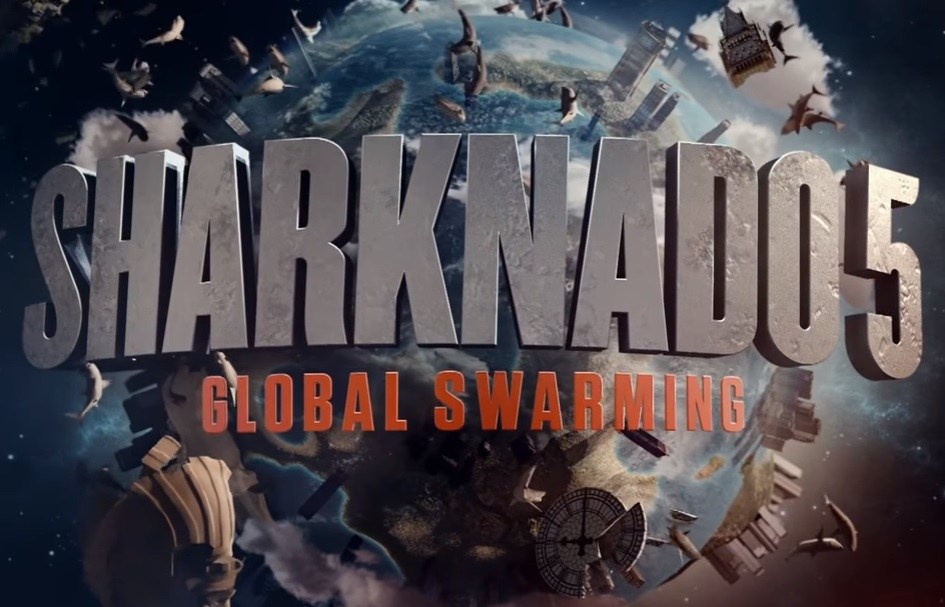 Bret Michaels will appear in "Sharknado 5", debuting his custom-made Sharkslayer guitar in one of the most action-packed scenes of the entire franchise.

"Sharknado 5: Global Swarming", the latest installment in the hit franchise will premiere on Syfy channel Sunday, August 6 at 8/7c and will air in more than 100 countries.

Michaels, who is trekking across the U.S. and Canada, refused to pass up the chance to film scenes for the latest installment of the series that he is such a fan of.

Scotty Mullen, screenwriter and casting director of "Sharknado 5", says: "Bret was awesome. He invited us out to his house, handed us a beer and shared his enthusiasm of the franchise, along with his many amazing ideas. His scene with the custom-made and soon-to-be-iconic Sharkslayer guitar is one of the wildest, most exciting, fun openings we have ever shot. It's like nothing you've ever seen before and sure to be a fan favorite in the history of 'Sharknado'."

Michaels is an avid fan of "Sharknado" and has "Shark Week" and "Shark After Dark" tuned in 24/7 on his bus and in his home. He was thrilled to join the cast for this cult hit.

Michaels states: "I was talking to my good friend Mark McGrath who raved about how much fun he had doing 'Sharknado'. When the writers approached me with an idea specifically written for me, I couldn't say no. The producers and entire crew were great and I had a truly amazing time filming it. I think everyone is going to love this new film."