C.C.DEVILLE Wears A Sandwich Board With Prices For Meet & Greet 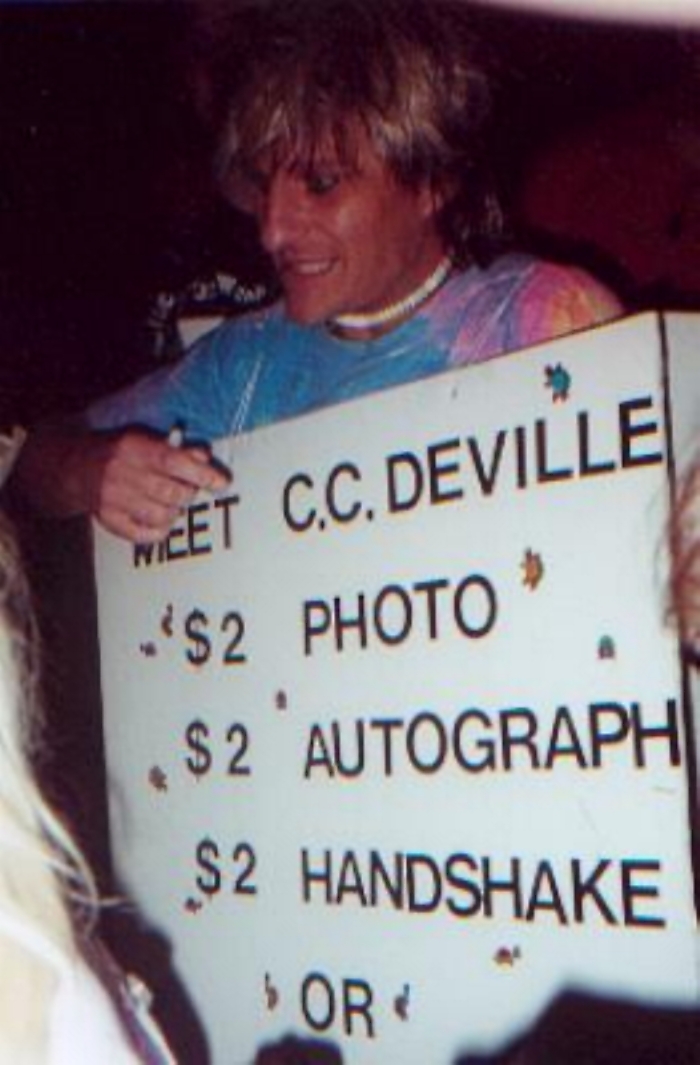 After Poison's show in Green Bay, C.C. was wearing a sandwich board with prices of various things like 'Photo - $2', 'Handshake - $2' and 'Autograph - $2'. Everybody thought it was a joke, but he had security actually collecting the money for him. Basically - it was a joke but - he made a few bucks.