MATT SMITH "I Have No Regrets On Leaving POISON" 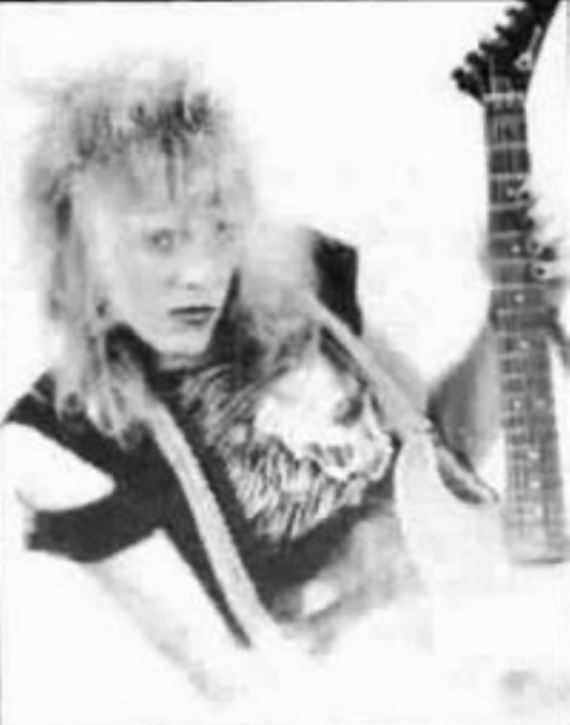 Before the days of Look What the Cat Dragged In, the band we call Poison was calling themselves Paris and showcasing a guitarist by the name of Matt Smith. Matt dropped out of Poison before they became famous. Now, 14 years later, hes back for an exclusive with the PoisonWebSite.Com

1. How did you join with Paris?

I joined them thru an add in the local newspaper. I auditioned and got the gig. Im not sure about dates, probably late 82 or early 83. We left for L.A. in March, 1984.

2. Where did the name Paris come from? Who thought of it?

I dont know, certainly not me.

3. Were you in the band when it changed to Poison? If so, who thought of THAT, and why the change?

We changed the name to Poison a week or two after arriving in L.A. I think Bob came up with the name, or maybe roadie Stu
*editors note, see more on this topic after the interview!

4. Are you still friends with the band members? Have you ever met CC DeVille?

I havent talked to them in years. I received an e-mail from Rikki recently, but thats about it. The only person from those days Im in contact with is Paul Lipke, A.K.A. Squid. He was my guitar tech from New Jersey.and best friend. I met CC several times. I was still out there during auditions, trying to help decide on my replacement, which was weird. Slash was my vote, he auditioned and kicked ass.

5. What have you been doing since leaving the band?

I have a great family, a wife and 3 kids. I coach my sons football team and try to stay active, and try to drink a little good beer in my spare time.

6. Any regrets on leaving the band, or are you happier doing what you do now?

7. What type of music do you like? What are your musical influences?

I dont like alot of new music, but I dig the Black Crowes the most. Me and Squid just saw them in Philly and blew me away!!! I try to catch them every tour. As far as influences go, Aerosmith was it when I was growing up. They are the reason I started playing. I dont care for their new sh!t at all, but Rocks is still my favorite record. Other bands I liked and still listen to are The Stones { Keith is the man}, Humble Pie, Sly and Family Stone, Big Star, Little Feat, Cheap Trick, Pink Floyd, Small Faces.

8. What is your favorite Poison album? Song?

9. Have you been in any bands since Poison?

I was in a band called The Syn DCats for a while. Our main influences were the Stones, we wrote great songs! It was hard finding the right singer.

10. How would Poison have been affected if you would have stayed? Any different styles, directions?

I liked the direction Guns and Roses were, thats what I played like and I liked their image. They were more like Aerosmith, more street level or some sh!t. Less makeup

I wrote the music for # 1 Bad Boy and Blame it on you, as well as alot of songs that didnt make their first record.

I just wanted to let you know that the reason they had to change their name from Paris to something else is Bob Welchs side project already had the rights to that name. Im not sure if lawyers got involved, but I know Rikki either thought they should to avoid complications, or Bob Welchs people advised them to.