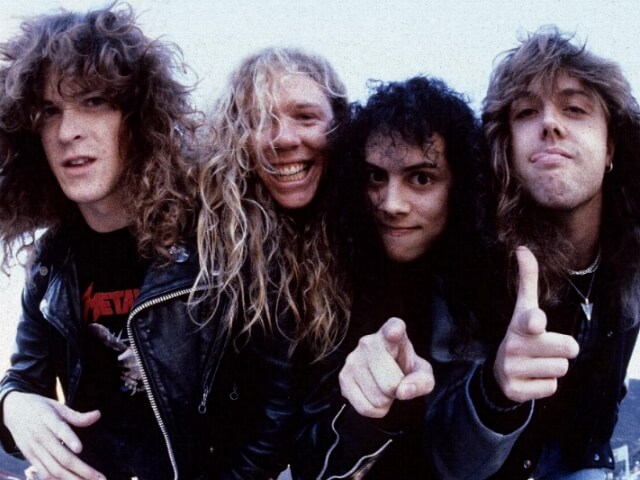 This story comes from Metal Sludge Gossip Board, so it's up to you take it seriously or not..

According to an user called Sleek, "They certainly did, I was there."

"Poison were in town playing a small club called the Live Inn at the same time Metallica were there playing larger places. It was '86. The first run of shows with Jason where they were sort of breaking him outside the U.S..

The way they used to do shit over there (and might still) is they would book a band into the same venue several nights in a row, so we were in town all week. Now, there was this club called The Lexington Queen that catered to visiting rockers. Basically, you got in free and the band and crew drank free. They also let European and American models in free, then charged the Japanese people something extraordinary (at the time) like $40.

Anyway, so every band that came through Tokyo would go there...so for that week, the VIP area was us (the Poisons) and Metallica...just hanging and drinking. I talked to all of the guys at some point. Lars was cool...kept telling me I should go get a blowie in the bathroom from this blonde chick who was all over me. Jason was just like, wide open eyes, could not believe that he had gotten in Metallica, just a nice kid who hit the lottery. I had a little history with Metallica (the previous year before I moved to Ca. I traded James a guitar at an in-store signing for tickets and passes for my friends and hung out after the show) so I talked to James about that and music in general...he'd be like :"Dude, they're glam fags." and I'd be all :"So was Aerosmith, and you like them." lol I can't imagine having that conversation with Hetfield today, but we were all just kids at the time.

Anyway, they came out to one of the shows.

I think it was maybe just Kirk and Lars tho. The place poison was playing was small enough (I wanna say Roxy-sized) that you could see the whole room and I saw at least those two come in during the show."

Another user called skatexedge, concluded: "Glam or Thrash, all those dudes want to get laid by hot chicks so wherever the girls are they go. Back then, there were hardly any girls at Metallica shows (pre-Black Album days) and tons of girls at all the glam shows. Do the math!!"