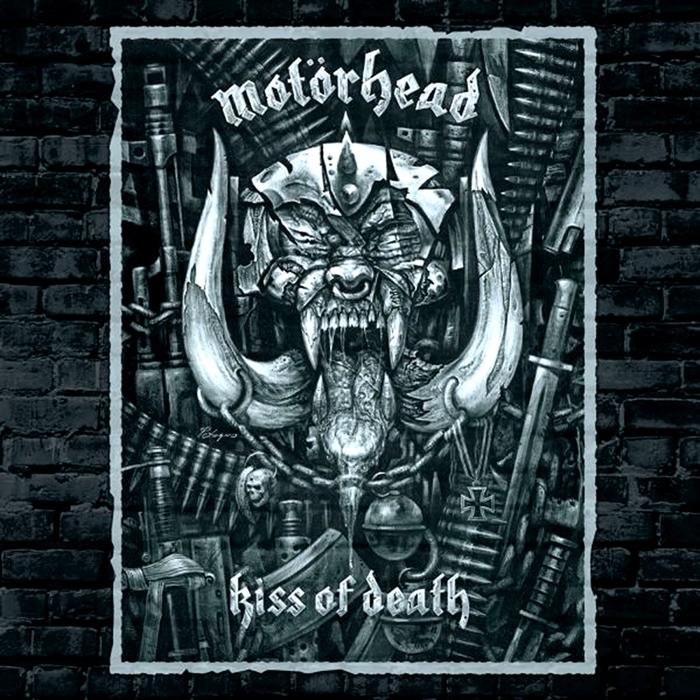 "Kiss of Death" was recorded at the Paramount studios in Los Angeles with Cameron Webb. The CD includes guest appearances by POISON guitarist C.C. Deville and ALICE IN CHAINS bassist Mike Inez. "I said to Mike: 'Do you wanna play on the album?' And he said: 'Sure.' He was all excited, you know, and he came down the next night, and he nailed it in about three takes, I think. It was really good, and CC did it in one take." said Lemmy.