POISON Forced To Cancel Show Due To BRET MICHAELS Illness 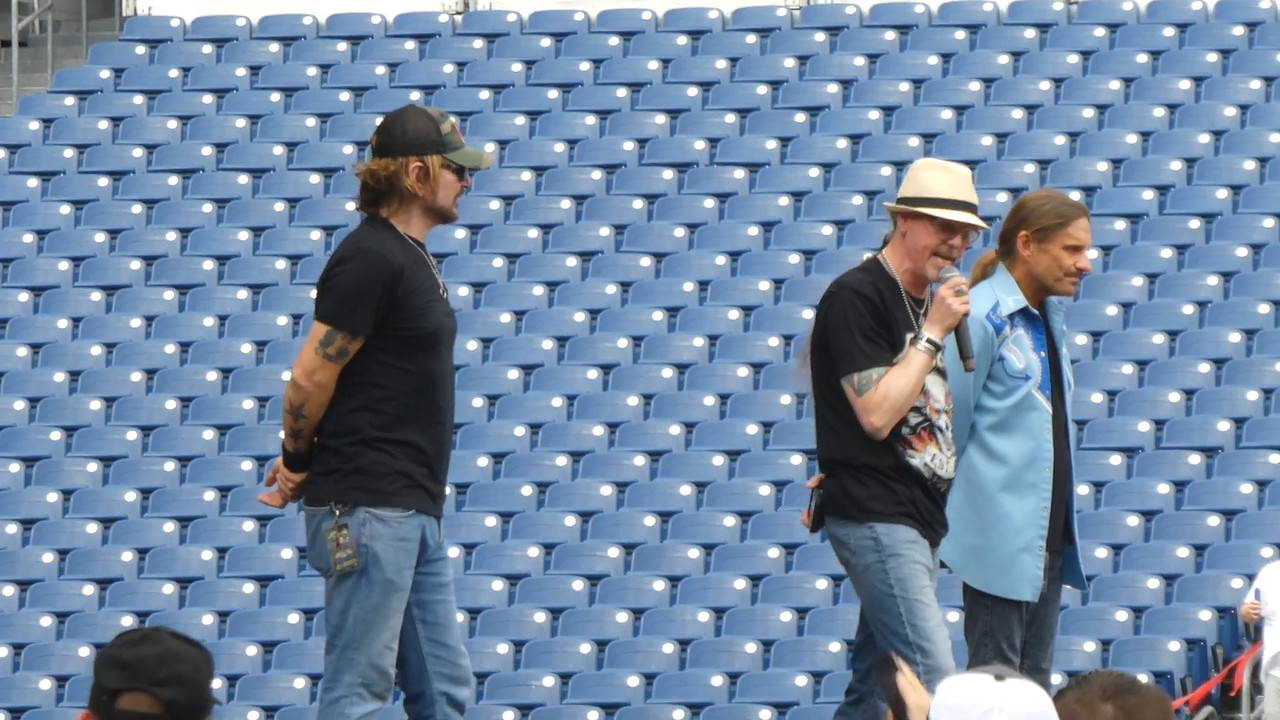 POISON has been forced to cancel its appearance at tonight's "The Stadium Tour" concert in Nashville, Tennessee after Bret Michaels fell ill.

Earlier tonight (Thursday, June 30), Bobby, Rikki and C.C. came out on stage and announced to the audience at Nissan Stadium that Bret had to be hospitalized "because of an allergic reaction to medication."

An hour prior to the official announcement, Metal Sludge reported that Michaels had tested positive for COVID-19, forcing POISON to pull out of the event.

According to TMZ, sources connected to Bret tell TMZ he may have had a bad reaction to medication that is related to COVID, medication that triggered a reaction as a result of his diabetes.


Earlier today, POISON announced that it was canceling the VIP meet-and-greet with members of the band in Nashville "due to COVID positive cases within the POISON touring party". Not long after, it was announced that POISON was scrapping its appearance at the concert altogether.