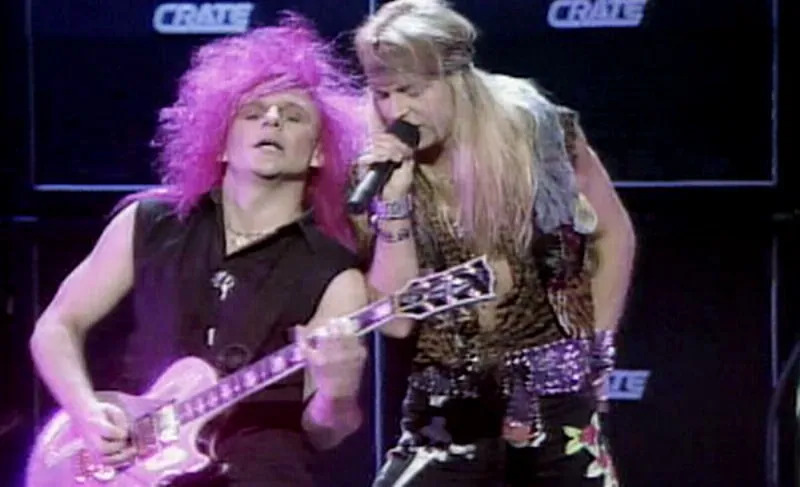 Poison went on stage of the MTV Awards and started to play "Unskinny Bop" during the commercial break that they were supposed to play live. They played the first verse and chorus, then, C.C. stops playing, and Bobby and Rikki also stop playing. C.C. noodles around and Arsenio comes in: "Actually, they need no introduction right? I give it one anyways.. P-O-I-S-O-N!", then they play "Let It Play" -the intro, but not the song- and Bret prompts C.C. into playing Talk Dirty "You are ready to Talk Dirty to Me? Hit it C.C!".? At one point, C.C.'s guitar became completely unplugged but was quickly fixed. When the performance ended, Bret concluded "It ain't perfect but it's rock n roll."

More details were given by Rikki Rockett at poisonweb.com:
With the release of "Flesh & Blood" and after two consecutive years on the road, band members are at each others' throats with personal differences, drug addictions, etc. Poison embarked on another World Tour - but cracks in the band's foundation were already beginning to surface - rock 'n' roll's excesses, and tension between Bret and C.C., were threatening to tear the band apart. A fist fight broke out between Bret and C.C. in New Orleans. The conflict continued, making for an "infamous" appearance on 1991's MTV Music Awards, where Bret and C.C. slugged it out backstage afterwards. C.C. departed the band that night.