POISON: 'Story Of Their Songs' To Premiere On REELZ This Weekend 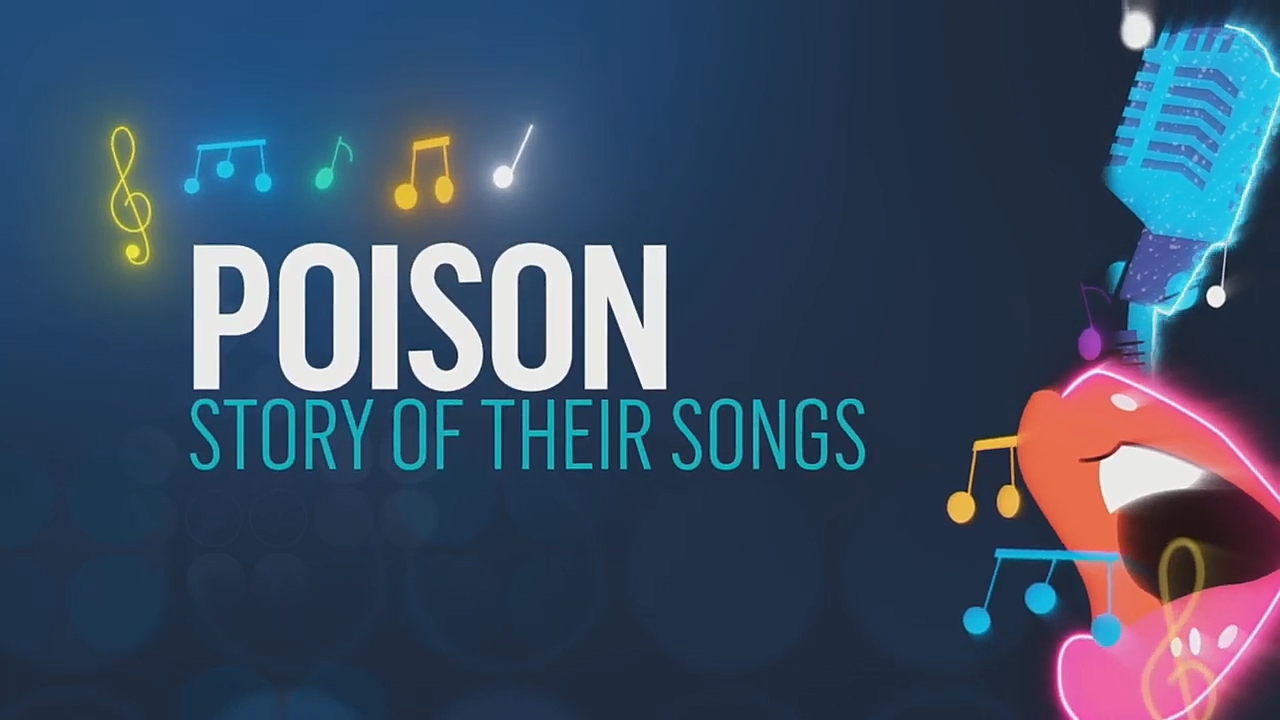 According to Reelz on The Story of the Songs "we explore the three classic hits that define Poison's career as the one of the best-loved glam metal bands of all time. Having honed their sound, sensational stage show and famous androgynous image on LA's Sunset Strip rock scene, Poison's first Top 40 Billboard hit came in the form of second single, "Talk Dirty To Me". Video director Jean Pellerin reveals how he captured the band's sense of fun and feelgood energy in the song's music video, helping it become an MTV favorite. In 1988, Poison released the rock ballad, "Every Rose Has Its Thorn". Although their record company were initially reluctant to release it -- believing it to be \'too country\' -- it would become their biggest ever hit, peaking at #1 on the Billboard chart. More hits followed, including the pop rock smash, "Unskinny Bop". The meaning of the song's title has remained a mystery to many, but road crew member Riki Valentine reveals that "Unskinny Bop" doesn't actually mean anything, it was just a phrase that fit the melody when they were writing it. Despite their huge success, it wasn't all plain sailing for Poison. Those close to the band - including producer Jim Faraci and video director Shane Stanley -- share memories of the fall-outs and rock n' roll excess that went on behind the scenes, culminating in singer Bret Michaels and guitarist C.C. Deville coming to blows backstage at the 1991 MTV Music Video Awards".