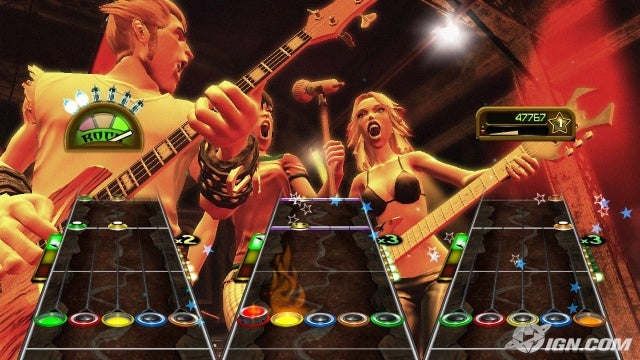 According to Joystiq.com,
IGN has an interview with Paul Gadbois, producer on Guitar Hero: Greatest Hits, the franchise-milking upcoming compilation of what Activision has determined are the most popular songs from every console GH title to date.

According to Gadbois, this mash-up of previous Guitar Hero games will offer full band play on all 48 of its included (master) tracks, while also including the music studio, character creation, and online features introduced in Guitar Hero World Tour. Eight tracks-from-the-past have been revealed as described above.