RIKKI ROCKETT Believes There Will Be New Music From POISON 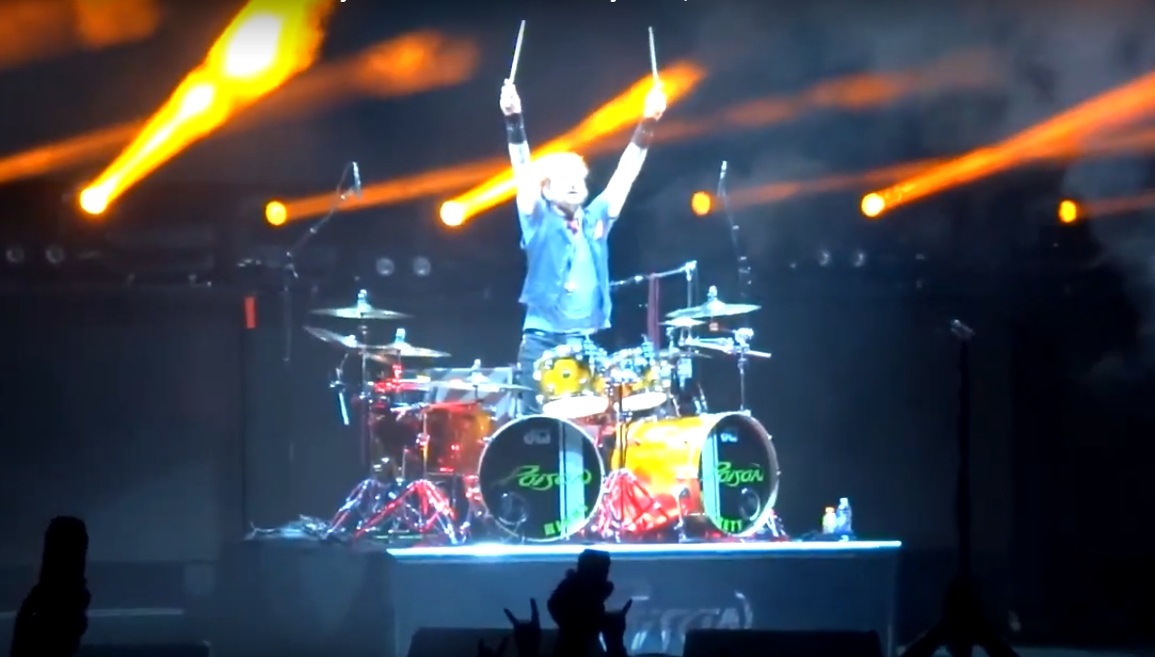 During a brand new interview with "Rock Talk With Mitch Lafon", Rockett expressed hope that the group will become creative once again and hit the studio in the not-too-distant future.

"I'm not gonna hang this whole thing on Bret; I'm really not," the drummer said (hear audio below). "I don't think that's fair at all. My personal opinion is that I would like to release another record, or at least another song.

"It's almost like back to the '50s these days — people release singles," he continued. "What are you releasing when you release a collection of songs? It's not an album that you can go buy anymore, although arguably there's people that collect vinyl and things like that. But it's almost more important just to get new stuff out. So I don't think it'd be terribly hard for us to put something else out, and we have talked about that. I just don't have an announcement about it right now, like where I can say, 'Hey, we're coming out with something on such and such a date.' I do think there'll be new stuff — honestly, I do."

Back in 2015, Rockett, bassist Bobby Dall and guitarist C.C. DeVille, plus vocalist/rhythm guitarist Brandon Gibbs (CHEAP THRILL, DEVIL CITY ANGELS), played several shows as THE SPECIAL GUESTS in what was widely perceived as a not-so-subtle message to Michaels that they weren't willing to remain completely inactive while he pursued a solo career.

Describing THE SPECIAL GUESTS gigs as "a moment in time," Rikki didn't rule out revisiting the concept in the future, provided that the circumstances were right.

"If Bret didn't wanna work one year and we got asked to do a show as THE SPECIAL GUESTS, I think we might consider doing that," he told "Rock Talk With Mitch Lafon". "We're not trying to be POISON [when we play shows as THE SPECIAL GUESTS], but that's the songs we knew. Those particular shows were shows where Bret was booked for somewhere else. We just said, 'We wanna work. We wanna go do this stuff.' And we just did it. It wasn't a 'fuck you' to Bret; that's not what we were trying to do. I don't think Bret goes out and does [his solo band] as a 'fuck you' to POISON. Just for the record, we don't have that kind of relationship; it's definitely not a 'fuck you / fuck you back' relationship — it's not that. [Laughs] I don't think any of us could work that way. We don't hold our emotions very well. [Laughs]"