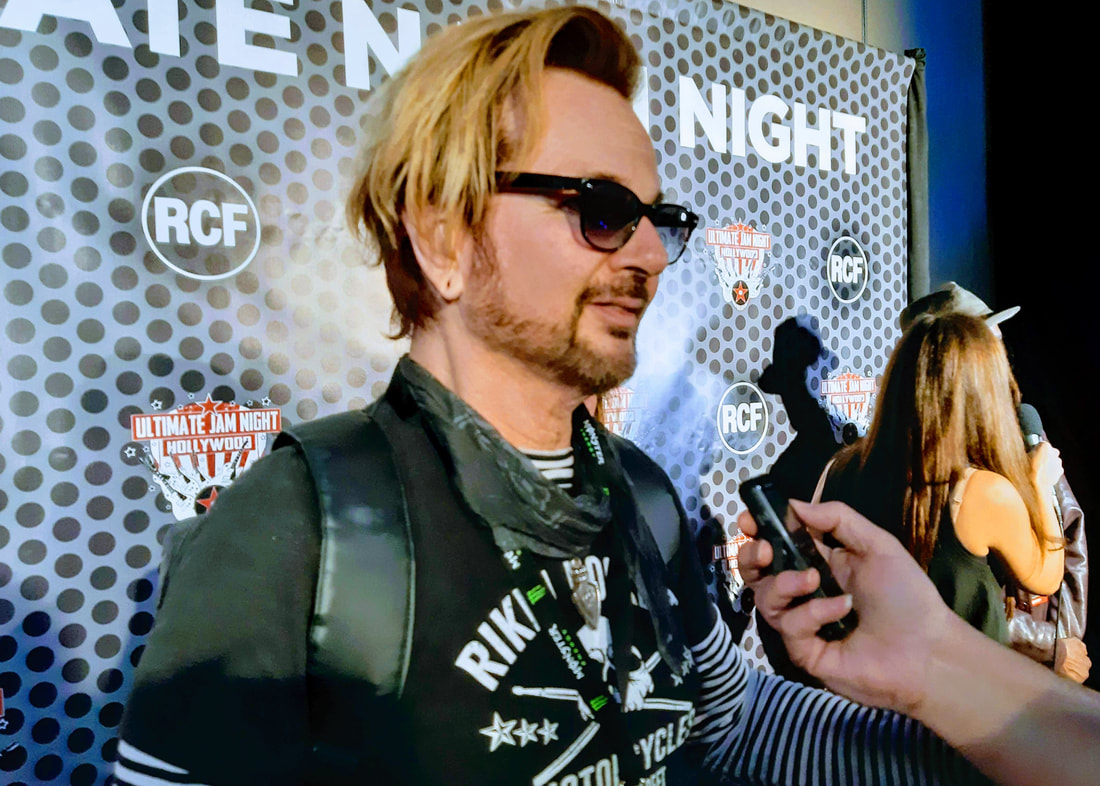 Rikki Rockett says that he is "hopeful" that POISON will return to Europe and that the band will record new music in 2020. The drummer made the comments while chatting to Eonmusic and the "Neil Jones Rock Show" at "Ultimate NAMM Night", which took place on January 26 in Anaheim, California.

POISON last toured in Europe in 1993 on the "Native Tongue" album, and has only made fleeting appearances since. When asked about the band's absence, Rikki said: "[It's been] fucking ridiculously, way, way too long" since the last European shows. He added: "What's going on is we need to get our asses back to Europe; that's what the hell's going on."

The "Native Tongue" era saw a change in the band's sound, look and lineup, with guitarist C.C. DeVille ousted from the band. Acknowledging the changes during that period, Rockett said; "It was quite a bit different. I mean, the essence was there, but yeah, Richie Kotzen was in the band."

Despite having not toured in Europe since, the drummer went on to reveal that it almost happened in 2018. "At one point, there was talk of DEF LEPPARD and POISON coming to Europe", Rikki said, adding: "I don't know what the hell happened, but I was really looking forward to it."

Although he still enjoys playing POISON's catalog, Rikki enthused that 2020 might see new music from the glam rock icons. "I still love doing it, absolutely," he said. "[But] I'd like to do new stuff, because I like that challenge. I like trying to convert people. I like making new music and trying to get people to like it over again. I like that challenge. I don't like to just sit and relax — that's not me — so hopefully we'll do some new stuff, come over, play for some new audiences, older audiences too. That's my goal."