RIKKI ROCKETT On Relationship With His Bandmates: "We Have Separate Buses, So We Get Along Just Fine" 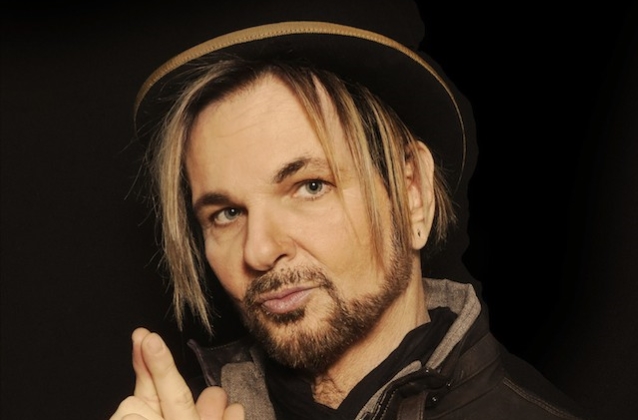 Drummer Rikki Rockett of veteran rockers POISON, who are currently taking part in the "Nothin' But A Good Time 2018" tour with CHEAP TRICK and POP EVIL, was asked by Greg Prato of Long Island Pulse how being on the road today is different from the way it was in the 1980s. He responded: "It's more comfortable. Period. I really enjoy it. Man, we were all crammed together; we didn't have much money. We didn't start making money until the late '80s, really. The first couple of records, you're in debt. But the buses, the accommodations, how you roll… it's better these days. We hit our 20th anniversary, and at 20 years, we said, 'It's time that we get separate buses. We've earned it.' And this way, we won't kill each other and can keep doing this for a long time. [Laughs]"

Asked how the POISON bandmembers are getting along at this stage of their career, Rikki said: "Well, we have separate buses, so we get along just fine. [Laughs] The fact of the matter is we're doing this because we love the band POISON… It's our baby, so we all take turns taking care of it in different ways. We want to get along. We want to make it work. That doesn't mean that we have to go to each other's houses every day."

"The secret to longevity in a band is knowing really how far you can extend yourself to somebody," he added. "To know when to back off a little bit and to pick your battles."