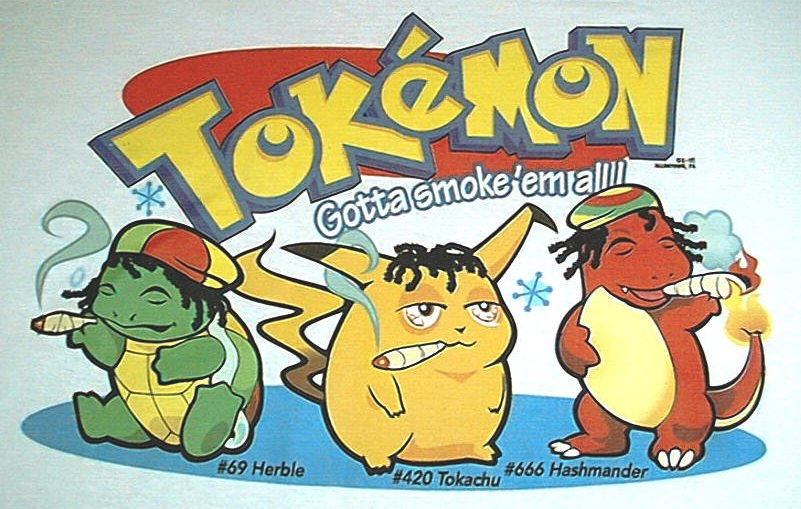 Rikki Rockett has found a novel way to disrupt all that peace, love, shopping and good will. Hes about to launch an animated series of characters on the Internet that he describes as "the anti-Christ of Pokčmon."

The characters, dubbed Tokemon (thats toke-e-mon, to you, dude), were created by Rob Jones who founded the hard rock Internet radio station, KNAC.com. The Web site is a spin-off of the long-established Long Beach, CA, radio station KNAC, a bastion of a Sunset Strip-style heavy metal sound. Rockett is animating these creations, who have names that mirror the monikers of the innocent Pokčmon video game and TV show characters that have enthralled Americas ten and under set, bankrupting their parents in the process. Theres Tweek-a-Choo instead of Pikachu, the cute star of all things Pokčmon; Gigglypuff for Jigglypuff; Slowtoke for Slowpoke; Erectabuzz for Electrabuzz, among others.

As their names suggest, these creatures wont be quite as innocuous as their Nintendo counterparts. The Tokemon logo incorporates a bong among the letters, which gives some idea of where Rockett and Jones are heading.

"If you remember the movie Gremlins," says Jones,"these are the bad gremlins. They drink, smoke pot, and have superpowers."

Like Pokčmon, the characteristics of each Tokemon will be as unique as their names. One character, Erectabuzz, is envisioned as something of a tribute to Mötley Crüe drummer Tommy Lee, whose own special talent was infamously displayed in the legendary home video he made with his once and future bride, Pamela Anderson.

For now, though, Tokemon will only be available for viewing and downloading in card form a la Pokčmon on KNAC.com. Rockett and Jones admit, however, that they would like to create some real merchandise if their concept takes off. Maybe they should just wait a few years: all those rabid Pokčmon fans will be rebellious teenagers by then.