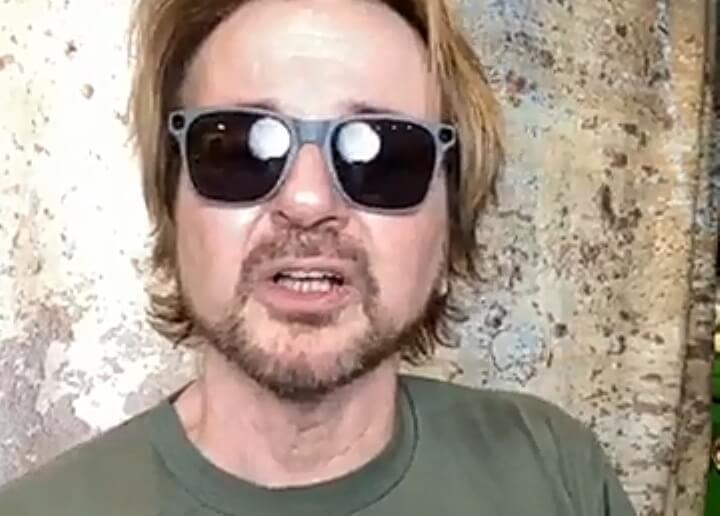 Rikki Rockett made his comments while addressing fan criticism over his occasional use of social media to express his views on non-music-related topics.

On Tuesday (April 28), Rockett took to his Facebook page to write: "So, this person has told me that because I play drums that I basically need to STFU with my opinion. I guess if I was a plumber or any other vocation, I can state an opinion? Or maybe if I was less famous? Or, I need to be more famous or I am washed up or irrelevant. His friends say that if I state my opinion and they don't agree, (let's face it, if they agree I get a nice pat on the virtual back) that it's one less ticket. So, should we hire, fire and distance people that we don't agree with? Or that only goes for musicians? And... what musicians? Famous ones? So, if I don't state my opinion I guess I am assuming I am too famous to state it?

"See, I'm just really confused here. Some guy on Facebook has a viable opinion, but I don't? Because...... ?

"I also get the, 'Shut up and play drums!' Well, guess what? I do. I have never put down my sticks in concert and started a political rally. Not ever. If someone does that they are told that, 'They didn't pay to see that!' I get it! However, I'm on Facebook, not a stage and if I am not allowed to state an opinion on a social platform using my personal profile then the American dream is certainly in jeopardy!

"So, buy one less ticket my man! Rock 'N' Roll is a better place without YOUR rules and close minded attitude."