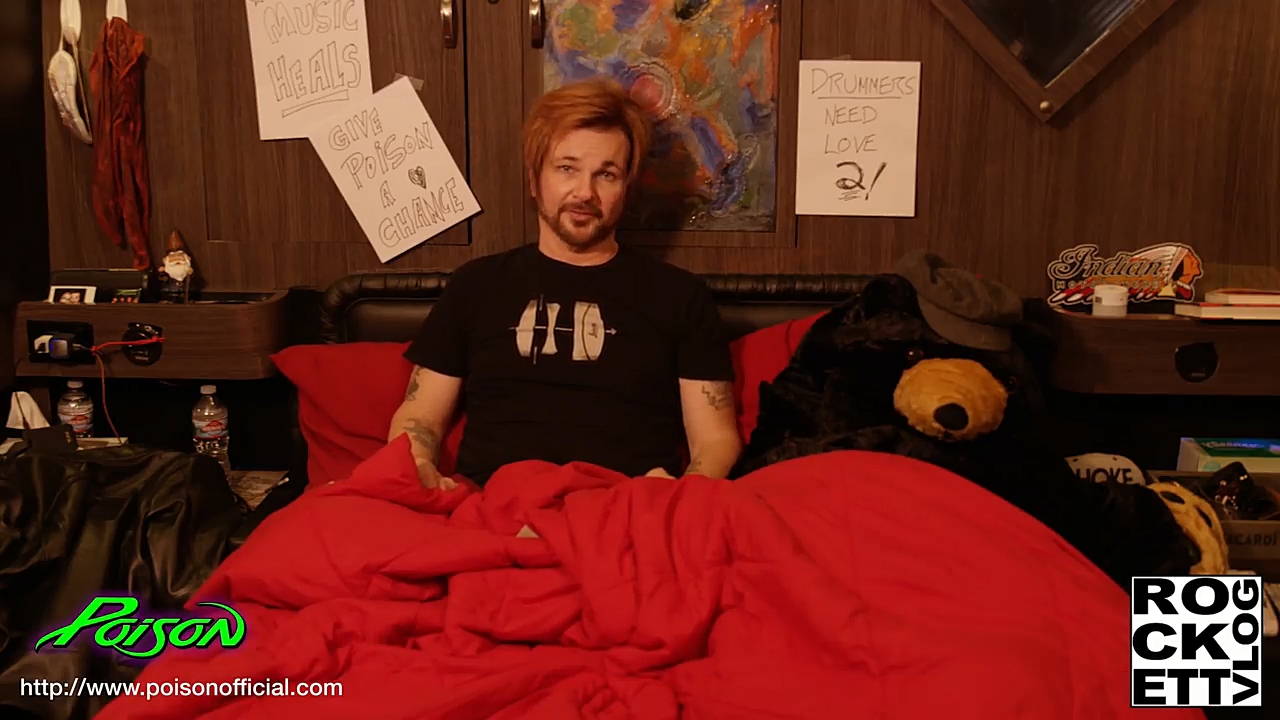 Rikki Rockett uploaded the 19th episode of his video blog in which he answers a number of fan-submitted questions. Check it out below.

Asked if POISON would ever consider embarking on a special tour during which it would perform its best-selling album, 1988's five-times-platinum "Open Up And Say… Ahh!", in its entirety, Rikki said: "The chances of POISON doing just an 'Open Up And Say… Ahh!' tour? I'd love it. I think it would be cool. I think we should, every year for a while, go to [Las] Vegas and do just one album at a time, top to bottom. Not so sure that'll happen, but that would be really, really cool. I'd love to play 'Tearin' Down The Walls' live. Yeah, I'm totally all for that. That would be a great idea."

Rockett was also asked what he misses about the 1980s touring life when he goes on the road with POISON now. He responded: "Nothing, really. I actually enjoy touring now more. You know, maybe the 'newness' of discovering all those place. But it's been replaced with familiarity... It's been nice to go into a town and you know people. And almost every town we go into, I know somebody. So we've built this family — global family. That's why on my Instagram I think I say I'm a global citizen. I really feel like that. It's really nice to go into almost any place and know somebody."