The Masked Singer on FOX: Is Banana Mask BRET MICHAELS? 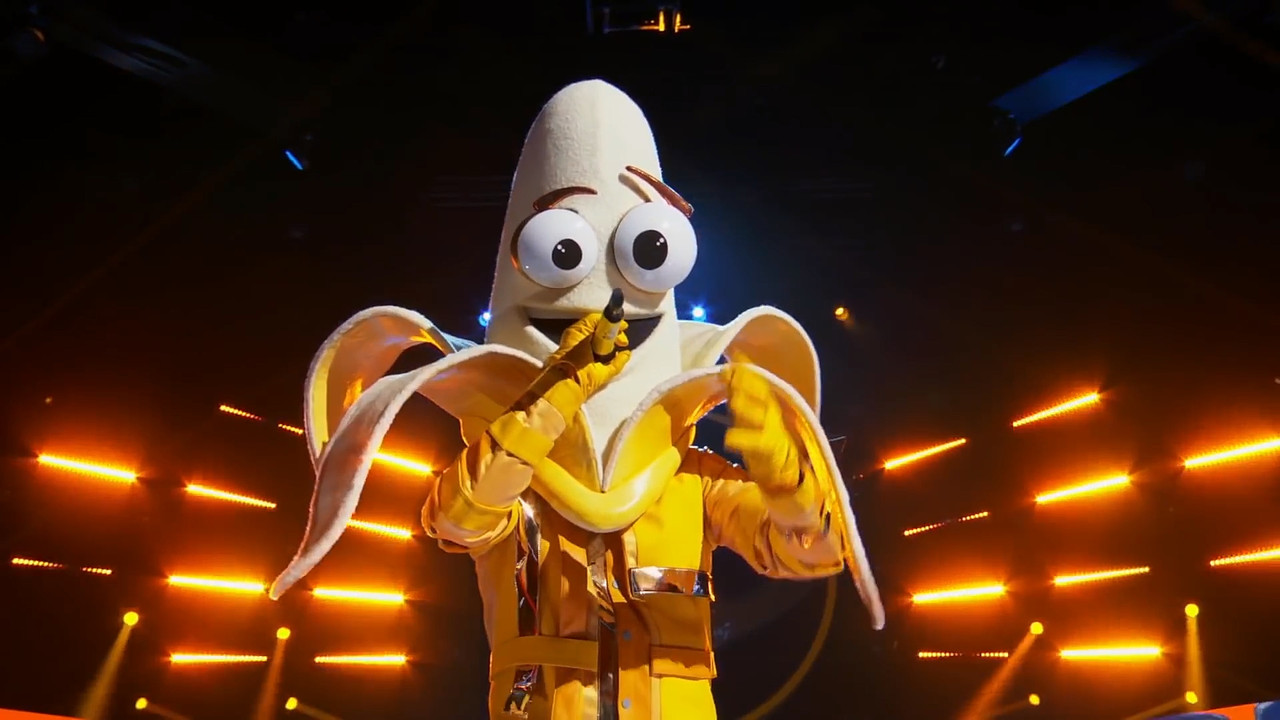 The Masked Singer is an American reality singing competition television series part of the Masked Singer franchise featuring celebrities in head-to-toe costumes and face masks which conceal their identities from other contestants, panelists, and an audience.

Last night's edition of The Masked Singer on Fox saw Banana take to the stage to perform "A Little Less Conversation" by Elvis Presley. Fans were quickly sent into a frenzy on social media as they tried to guess who was singing and it seems the costume may have given away their identity.

The clues so far for Banana include the fruit lying next to a cowboy hat and partying on a tour bus.

They also mention the show is not their "first rodeo" before saying they're banana as they're tough on the outside and soft on the inside.

Banana added he is a "hoot" to have at parties hinting they are often out celebrating.

They certainly made an entrance on the show as fans instantly began guessing who was performing with Bret Michaels the most popular guess.

One fan shared: "BRET MICHAELS!!! The banana is in reference to his diabetes (bananas control blood sugar)

"The bus is from Rock of Love Bus. Blue collar is his pet supply line at Petsmart called Pets Rock."

"His regular speaking accent slipped in at the end when the judges were trying to guess. I met him back in September and that's 100% his accent."

A third posted: "This performance was literally bananas, and I enjoyed this one so much. I can definitely tell it's Bret Michaels."

"Banana is 100% Bret Michaels our hometown boy!!! #MaskedSinger," someone else shared.

Unfortunately for viewers of The Masked Singer, Bret hasn't given away any hints he is taking part on the show.

Who do you think Banana is?